Starting June 9th you can return to sailing in Spain

By Álvaro García
Share
The "Plan for the transition to a new normal", published by the Spanish government, is beginning to show the possibilities of sailing again in Spain from June 9 .

While the plan presented by the government determines the duration of the different phases in each province, it also details the different restrictions that will be alleviated in each of the planned phases. The plan also specifies what refers to recreational nautical activities, and which of these will be authorized in the provinces that reach phase III.

In the current situation of pandemic, it is difficult to give certainty about how events will unfold in the future, but from Sailwiz, we want to analyze and explain in this article the possibilities, as published by the government, how to re-navigate this summer. 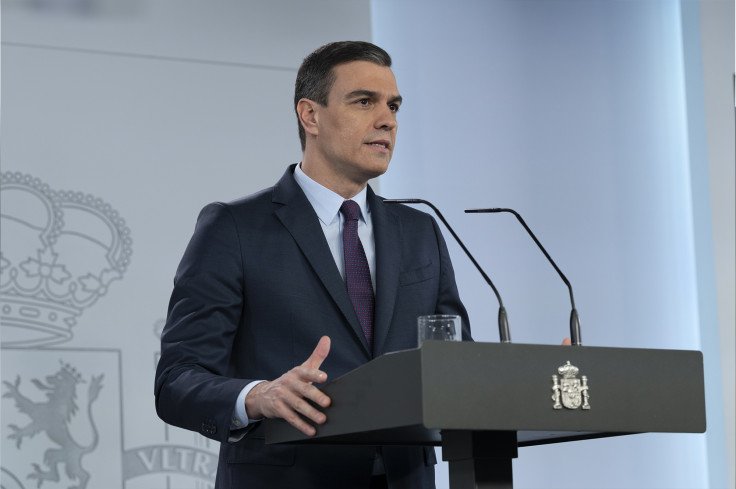 What conditions must be met to be able to sail from June 9?

The plan presented by the government foresees the transition of each province in Spain through four phases (from 0 to 3). On April 28, the date on which the plan was presented, all the provinces are in phase 0, with a few exceptions, such as the island of La Gomera. The islands La Graciosa and El Hierro in the Canary Islands, and the island of Formentera in the Balearic Islands, are already in phase 1.

From this moment on, every two weeks, the Ministry of Health will evaluate the situation of each province, and based on parameters of public health, mobility, health and social-economic capacity, it will decide which provinces advance in phase.

Therefore, to reach phase three, in which recreational sailing will be allowed, the indicators of the Ministry of Health must be adequate so that the phases do not last more than two weeks.

This mechanism could cause sailing to be allowed in some provinces, before others, as progress is made in each phase.
Planes para navegar a partir de junio
Viajes en barco en junio y julio

Will it be possible to travel to go sailing to another province?

If our intention is to move to a province, different from the one we live in, to another where we can sail, it seems that this can be done in the same phase (3), as long as both provinces are in the same phase. Otherwise, if one of the provinces had evolved more slowly in phase, the permission to sail could be delayed until June 23.

Different nautical associations, of territorial and national scope, are working on proposals and measures in order to promote nautical tourism, as an accessible and safe vacation proposal in terms of social distancing.

The practice of recreational sailing, by nature, guarantees the social distance between the people who go on board the different boats and minimizes the chances of contagion compared to other activities. It is striking that the plan presented authorizes, from phase 1, even with limited capacity, the opening of terraces in restaurants, closed spaces such as libraries or museums or public transport, and does not allow, until the last phase, the recreational sailing of boats, at least among members who are already living together.

For those who were in the process of obtaining a nautical qualification and could not be examined, in recent weeks cancellations or postponements of examination calls have been announced in different autonomous communities. The general trend on the part of the administrations, has been to facilitate to the registered candidates the refund of the fees or the transfer of enrollment to the next call.

From the associations of schools and other nautical associations different solutions are being proposed to carry out the exams in the months of June and July, fulfilling the conditions required by the health authorities. Some administrations are studying these possibilities and it is foreseeable that in the coming weeks changes and new exam dates will be announced and it will begin to be determined how they can be carried out.

Nautical schools are also waiting to restart sailing practices to obtain nautical degrees and hope that the necessary measures can be defined to resume these practices in the coming weeks. Regarding theoretical training, the vast majority of schools have continued their training by offering online nautical courses .
Cursos de títulos náuticos y licencia de navegación
Cursos de náutica

Special opportunities to sail this summer

The foreseeable decline in international tourism throughout the summer will cause an unprecedented situation in destinations usually full of boats, in summer, such as the Balearic Islands. This circumstance will make traveling to these destinations much more attractive this year, where fewer crowds are expected in coves and beaches.

The decline in demand has caused many employers to adjust the prices of their proposals and offer discounts and flexible cancellation during the weeks of the state of alarm, which makes Sailwiz users able to access boat trips at cheaper prices than in previous years.

At Sailwiz we have enabled an alert system to receive by email all the plans to sail that include special discounts:

???alerta_proximas_fechas_subtitle
Share
What did you think of this article?
The average rating is 3.63/5
Sign up in Sailwiz
We use owned and third party cookies to improve your browsing experience.
If you continue browsing we consider that you are accepting its use.
Okay. I accept