1. Origin of the Salt Route

La Ruta de la Sal - Pepe Ferrás Trophy is one of the classic nautical events in Spain every year. Its origin dates back to the Second Carlist War in 1846, when the Carlist blocked the city of Barcelona and salt reserves were declining. At that time, a businessman raised the challenge of bringing salt from the Pitiusas Islands to several shippers, economically rewarding the first to arrive.

There were thirteen vessels that accepted the challenge, with the schooner "Maltese Falcon" being the first to arrive, followed by the "Jerba" jabeque and the "Arrogant" brig.

2. When is the La Ruta de la Sal regatta held?

The celebration of the Salt Route coincides every year with the Easter holidays, and lasts four days. 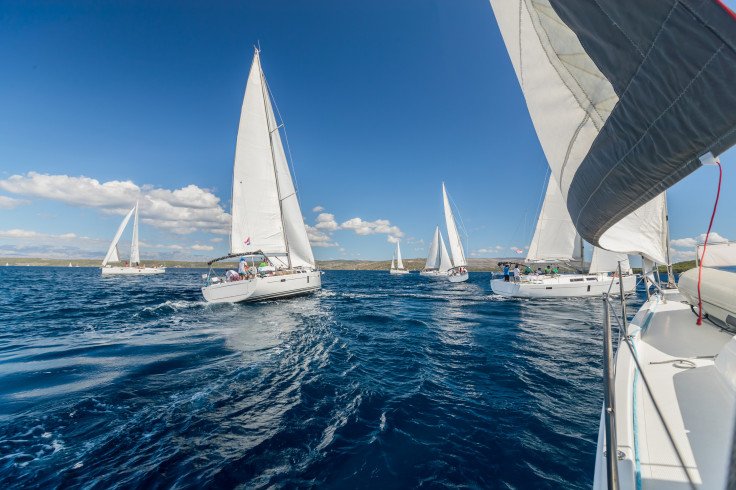 3. Route of the Salt Route

This tall regatta is organized with three departures, from Barcelona, Denia and Mallorca, and only one arrival to Sant Antoni de Portmany, in Ibiza. The Ruta de la Sal is a regatta "for all audiences" for its distance and the time it requires, although its characteristics are those of a competition at sea when sailing from the peninsula to reach an island. In addition, the climate of the Mediterranean Sea provides a perfect race track that, added to the change of the moon and the time of the year in which it is celebrated, characterized by unstable conditions, give the race a very special attraction.

The northern version, which departs from the CM Port Ginesta has a route of 140 miles (259 km) with a direct route to the yacht club of Sant Antoni de Portmany in Ibiza. It is a high altitude navigation conditioned by the meteorology of the coasts of the north of Mallorca and Ibiza, but also by the Gulf of Sant Jordi.

The version with departure from the RC Nautico de Denia is a 120-mile (222 km) circuit, which leaves the port of Formentera and the island of Tagomago, sailing along the north coast of Ibiza, arriving at Sant Antoni de Portmany. This route can be modified if the weather conditions suggest it. Technically speaking, this is an interesting circuit that combines medium altitude navigation with a coastal route . A nice regatta, very tactical and with many variables.

In 2017, the Western version of the Ruta de la Sal was introduced for the first time, starting from Mallorca. With a journey of 103 miles (166 km), it is the only one that is disputed between two islands, so the Balearic Government has created “The Trophy between Islands” for the champion of this particular version of the regatta.

Route of the Salt Route


Once the crossing is finished, on arrival at Sant Antoni, in Ibiza, multiple acts are always prepared on land, which take place in the town of La Sal to receive all the sailors. Would you like to compete in the Salt Route or participate as a crew member in other sailing regattas ? In Sailwiz we will be happy to tell you all the information about this and other incredible regattas so you can enjoy the experience.When is the La Ruta de la Sal regatta held? When is the La Ruta de la Sal regatta held?
Share
What did you think of this article?
The average rating is 5/5
Sign up in Sailwiz
We use owned and third party cookies to improve your browsing experience.
If you continue browsing we consider that you are accepting its use.
Okay. I accept